Recent events in both the world and this country have shined a light on a very malevolent flaw in humanity. And that is our inability to disagree agreeably. To address difficult issues with poise, professionalism and respect. To demonstrate that we value those we differ with, not because they agree with us, but simply because they are.

I have also seen individuals attempting to bring about the changes they want using shame, personal attacks and broad-brush characterizations, as well as broad-brush remedies. Unfortunately, these approaches have the exact opposite effect – creating a hostile environment which oftentimes moves the individual or group further away from understanding our position and our desired results.

What if you could always live or manage in the zone? What impact would that have in your workplace or in your home? 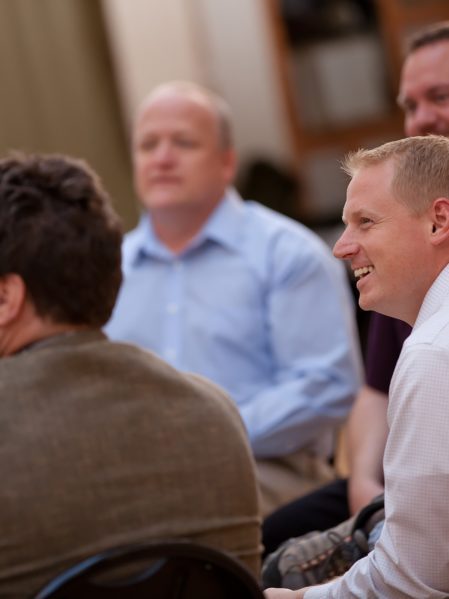 One theme that runs deep and throughout all of ICAN’s programs and events is leadership is not about titles or position – it’s about taking responsibility – Responsibility to do the right thing, at the right time, and in the right way.

What is described above is demonstrative of a lack of leadership, as I defined it. We react rather than respond. We are hasty rather than deliberate. We use our gut, rather than guidelines.

Have you ever had a conversation with someone and neither of you speak the others language? At the very least we have miscommunication but often times we experience frustration, fear, and sometimes a hostile environment is created. Back in 1991 I was part of a humanitarian team that went to India and it just so happened that it was election time. Everywhere we went tensions were high. Violence filled many of the streets. On several occasions, our lives were actually in danger. What added to the fear was my inability to understand the words that were being spoken to us and around us. On one such occasion we were in a small village and two groups were discussing our presence there. Based on body language, tone, inflections, volume we should not have made it out alive. However, we came to find out that one group wanted us there and the other did not and they were arguing about what to do with us. Had I been able to communicate in their tongue or they in mine, the fear, tension, drama would have been minimized and quite possibly removed all together.

Now, let’s take it to the home or the workplace. How many interactions have you either witnessed or been a part of firsthand, where the parties are not speaking the “same language” and this has resulted in loss of productivity, loss of morale, a loss of accountability, and in many cases a loss of relationships. I assume many of you have taken some sort of personality profile assessment which provided you insight into your primary style. Your language, if you will. It’s what we also refer to as our “Gut” or Natural Style. Upon waking in the morning and seeing a gazelle, a lion doesn’t first consider whether or not the gazelle has a family. It reacts according to its nature, its gut.

What I’m going to share with you today is a brief overview of a process that we call Steps to Leadership. This was designed by a friend of mine, Paul Carpenter, and is an acronym that stands for Situation, Tone, Energy, Process, and Success. It’s a process that enables us to move from Gut to Guideline from reactive to responsive. To move from our “native language” to that which the situation requires. It’s not an exact science nor is it foolproof, but utilizing STEP’s to Leadership will increase the likelihood that you are speaking in the appropriate language and decrease the odds of you letting your style get in the way of your success. I’m sure you’ve heard the term “in the zone”. It has come to mean a state of focused attention or energy so that one’s performance is enhanced. What if you could always live or manage in the zone? What impact would that have in your workplace or in your home?

If we are in a Red situation, such as a sexual harassment issue or a safety issue, we are going to take a very Direct tone. If we don’t, we send the wrong the message and the situation becomes a greater liability or risk than it already is. If we take this tone and the situation does not call for it, we are in essence speaking in the wrong language and we create drama, unrest, fear, etc.

In this step we are looking to identify which Energy is not being met. If we are operating in the Red Zone, the desired Results are not being achieved. Behaviors are wrong and individuals are being harmed.

The process is what do I have to do to properly address this situation. Using the Red Zone scenario, the process I need to enact here is Protect. Protect the individual, protect the business, protect the family, etc. But what if that is not my style, my language. What if my approach or “language” is more one of “hey let’s not rock the boat”. If I don’t adapt to the appropriate language, my style is going to get in the way of my success and lead to an increase in the trouble, the risk, the liability.

How do we know that we have addressed the situation successfully? In the case of the Red Zone incident, success is determined by whether or not we have contained the liability, the risk, the danger.

Learning a new language takes time, practice, patience and a lot of hard work. So it is with learning to adapt your language of leadership. But, the rewards are well worth it.

Thank you for being with us here today and while it’s not possible to always “play your “A game”, at work or at home. Please know that ICAN is always here to help you play your best game.

Learn more about Steve and his work with ICAN.